Making the Scene at the Steel Conference! 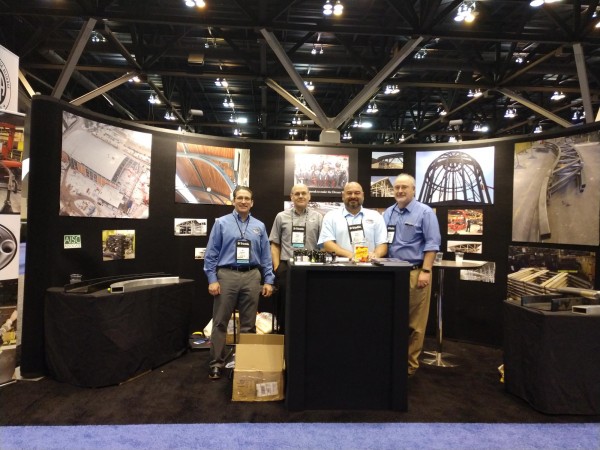 It’s one of our favorite times of the year (and not just because we get out of the office!).

Four of us from Max Weiss Company are attending the April 2-5 North American Steel Construction Conference, a huge annual educational and networking shindig held by the American Institute of Steel Construction. This year (our 17th attending) it’s in St. Louis.

NASCC is a “can’t miss” event for everyone in the custom metal and steel metal fabrication, construction metal forming and structural steel rolling industry. It’s a chance to reconnect with customers, learn of upcoming projects, and take the heartbeat of an ever-evolving market.

We’re here at America’s Center Convention Complex with more than 4,500 of our closest friends. No shortage of people to meet, chat with and get to know!

Here’s a conference description from the NASCC web site: “NASCC: The Steel Conference is the premier educational and networking event for the structural steel industry, bringing together structural engineers, structural steel fabricators, erectors and detailers.”

You can learn a lot here. More than 150 seminars are offered during the four days.

The real value, like any similar conference or trade show, is building and strengthening relationships. We love the opportunity to see familiar faces and meet new ones. Nothing beats a one-on-one conversation.

We’re in Booth #637 (stop by if you’re attending!), which is in a hub of activity containing more than 240 exhibitors. Things get rather noisy, especially since some equipment demonstrations involve cutting, punching and drilling steel beams right on the exhibit floor!

OK, some of the work isn’t really “work.” Major industry sponsors throw some nice after-hours events. It’s another chance to network and develop relationships … just in a different setting.

We’ll be posting conference updates on our company LinkedIn and Facebook pages.

NASCC: The Steel Conference even has its own app. What big event doesn’t these days? Technology makes it easier to keep in touch with people after the conference, too.

It all starts with another person in the eye, though. A personal touch never loses its importance – whether it’s operating a bending machine or doing sheet metal fabrication, or shaking the hand of someone who stopped at Booth #637 to say hello.